A Weekend History of the Kagyu Lineage 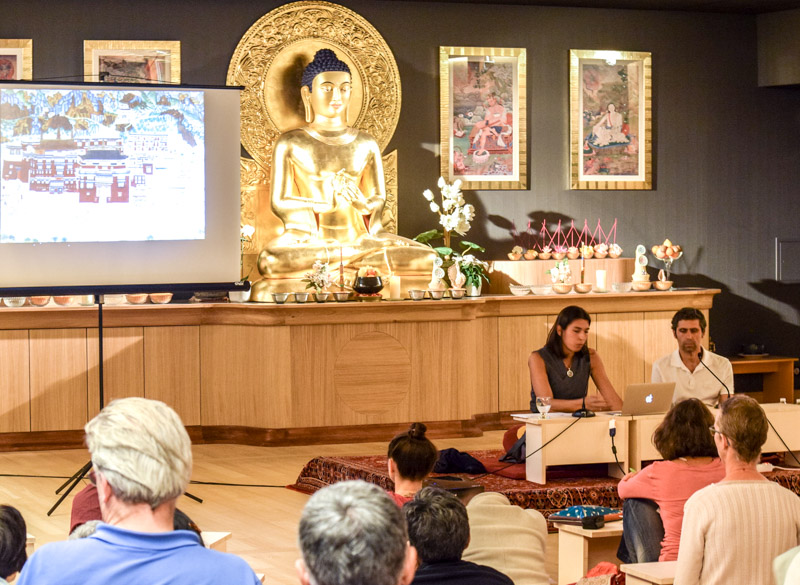 In the heart of Dhagpo’s Institute and of Perigordine summer, the three days dedicated to the History of the Kagyü Lineage offered an occasion for all to voyage in space and time. The occasion, as well, in light of Dhagpo’s fortieth anniversary to commemorate the benevolence of our masters and to experience immense gratitude for all those who have allowed us, and who continue to allow us to receive the quintessence of an advanced spiritual technology, which has proven effective for centuries. 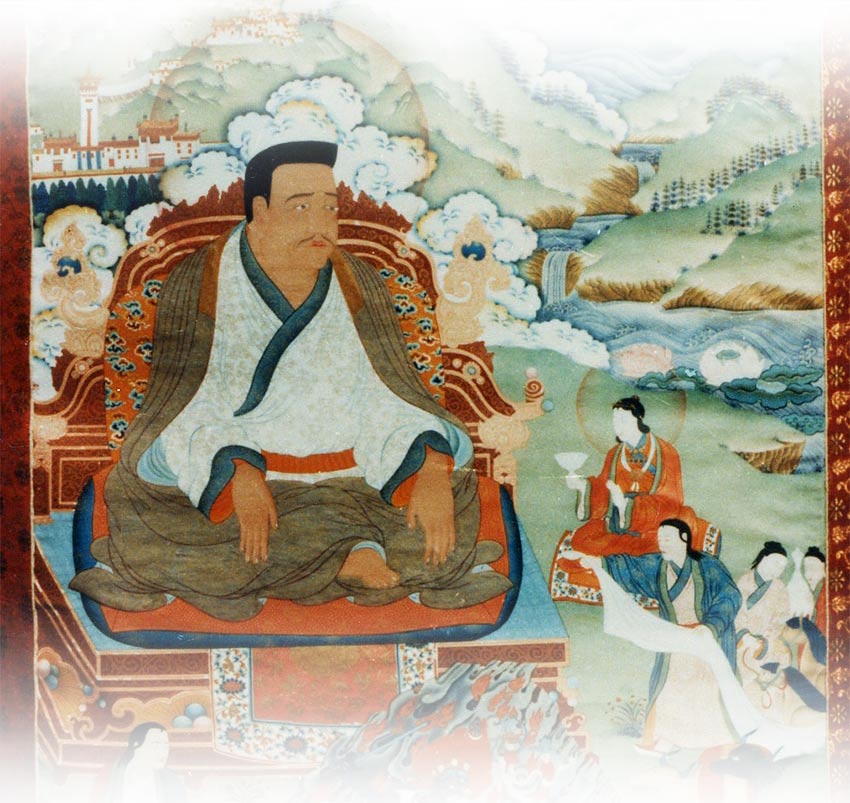 Enriched by years of research on Marpa, we especially wished to share our knowledge on the beginnings of the Kagyü lineage, on the exchange between India and Tibet, with a varied public made up of experienced students as well as newcomers interested in discovering the sources of the Kagyü current of Tibetan Buddhism. Thus, it was necessary to draw a path between traditional sources and critical approach, between history and guru yoga, allowing each individual to part with more precise knowledge of the Kagyü lineage and the Karma Kagyü branch, of which Dhagpo is one of the most centers in Europe. Given the amount of history we covered and the complexity of Tibetan Buddhism’s tantric teachings, we were surprised by the enthusiasm and perserverance of all our students. We consecrated two-and-a-half hours each morning and and hour each afternoon to the presentation of historical information and concepts that allow one to understand the Kagyü lineage, and each day we gave the participants the opportunity to reflect in small groups on the content of the teachings in order to determine what struck them as important or obscure, and to articulate and clarify it. Each session began with the short prayer to Dorje Chang, so that each individual could settle himself in the blessing of the master who, as Lama Jampa Thaye reminded us not so long ago, is the essential condition of Vajrayana practice.

The objective of the first day was to define essential terms, from hagiography to historiography, from the lineage to the order, from the transmission to the tradition, and to set the context, aspiring for a balance between history and tradition. It likewise concerns citing the Indian sources of the Kagyü lineage, and understanding what Marpa sought in the subcontinent, as well as the difficulties that he encountered there. 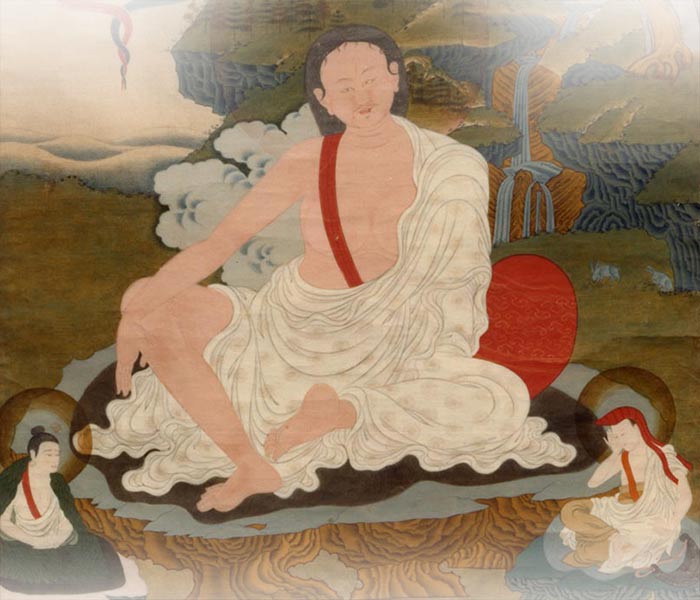 The second day, we entered more fully into the historical details, describing the lives of Marpa’s Indian masters and going into the details of what makes up a transmission and what distinguishes the Kagyü traidtion from other lineages that were widespread in Tibet in the 11th century. It likewise seemed essential to us to briefly return to the Tibetan Empire of the 8th and 9th centuries, during which Buddhism arrived in Tibet for the first time. During the second wave of Buddhism’s diffusion, beginning from the second half of the 10th century, numerous translators travelled to India and brought back all that the country had to offer in terms of Buddhist traditions. It was in this way that the eight chariots of accomplishments (the Nyingma, Kadam, Sakya, Marpa Kagyü, Shangpa Kagyü, Zhije, Jordruk, and Nyedrup lineages) came to be, and that Marpa, Milarepa, Gampopa, and their numerous contemporaries spread the Buddha’s word throughout Tibet in its various forms. During several centuries, eremitic and cenobitic traditions (reclusive and monastic religious approaches, respectively) developed in the four corners of Tibet, and then were canalized over time to develop into a network of power, less centralized that during the time of the Empire, but which define the country for more than ten centuries. 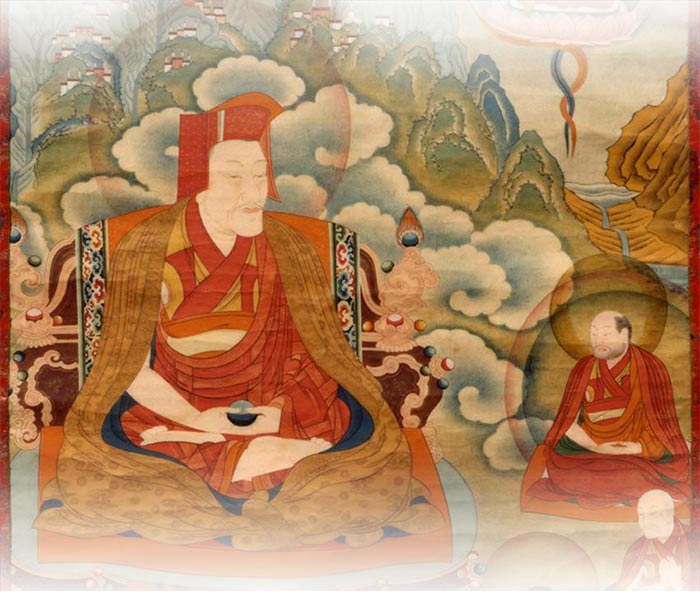 The third day, we explored the branches of the Kagyü lineage that developed with the disciples of Gampopa–the “four primary”–and the disciples of one of these four, Pagmo Drupa–the “eight secondary.” In the afternoon, we painted a picture of the grand lines of the Karma Kagyü order and attempted to outline the salient facts of a thousand-year history. The course concluded with the words of 16th Gyalwa Karmapa, to reward the audience– motivated, but somewhat tired after these three intense days.

Heart of the Mahamudra

Manifestation and sound
arise from the subtle mental imprints created from thoughts.
As a picture in water disappears of its own accord,
so false appearances automatically fade away
when their lack of reality is understood.
Beyond essential reality there is nothing —
Such is the insight of the Mahamudra.

When the door of the mind,
through which appearances are created,
remains unobstructed, unworped by concepts,
then there is no solid reality, just bright light,
and we let everything that appears just arrive naturally.
Such a practice is the meditation of Mahamudra.

Illusory appearances are born of the belief in a reality.
Relying on a constant understanding of their non-reality,
we dwell at rest in original spontaneous nature
and the space where there is nothing to accomplish
is thus reached effortlessly.
Such is the practice of Mahamudra.

These three points are the treasure of my heart.
Since the yogis who go to the heart of everything
are like my own heart,
for them I have pronounced these heart-felt words,
which cannot be communicated to others.

About the Author: Cécile et Stéphane