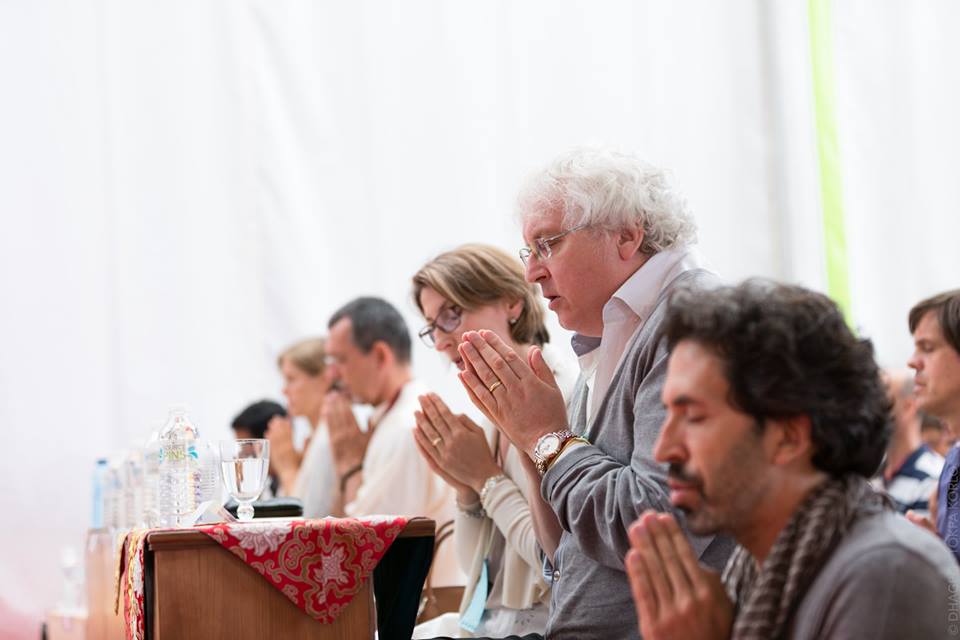 “One of the great Western dharma teachers is my dharma regent, Lama Jampa Thaye. He is not only a great scholar, but also a great dharma practitioner.”

For several years now he has been coming to teach at Dhagpo. A British citizen, he has been transmitting the Sakya and Karma Kagyu traditions of Tibetan Buddhism for the last thirty years. In addition to a doctorate in Tibetan Religions from Manchester University, he has received and practiced numerous transmissions from both traditions.

Lama Jampa Thaye is, for us, a source of inspiration in his precision and depth in the teachings he has given as in his example of simplicity. Here is someone authentic!

“I would like to commend Lama Jampa Thaye for the unflagging enthusiasm and effort that he has devoted to the noble cause of making the dharma available to all those who have an interest in it, and encourage him to continue his good works.”

We cannot celebrate Dhagpo’s 40th anniversary without his participation in the events and celebrations. He seemed to us the right person to ask this question, “What can Buddhism offer the West?” Buddhism has been present in the West for nearly a half-century now. What have we really understood, what benefits have we gained, and to what pitfalls have we become victim? In short, it’s about looking to see what Buddhism can bring to us as, as much in our daily lives as on the ultimate level of enlightenment. If anyone can respond to these questions, it’s certainly Lama Jampa Thaye. For two reasons…one simple: he is a Westerner, and one joyful: he has a mastery of the Dharma as much in his erudition as in his practical application.

Let’s remember what he has taught at Dhagpo: the four Buddhist schools of philosophy, Rangtong and Shentong Madhyamaka, the three types of vows. This year, he will explain the conditions necessary for Vajrayana practice.

What can Buddhism offer to Westerners? We already have one element of the response: Lama Jampa Thaye.