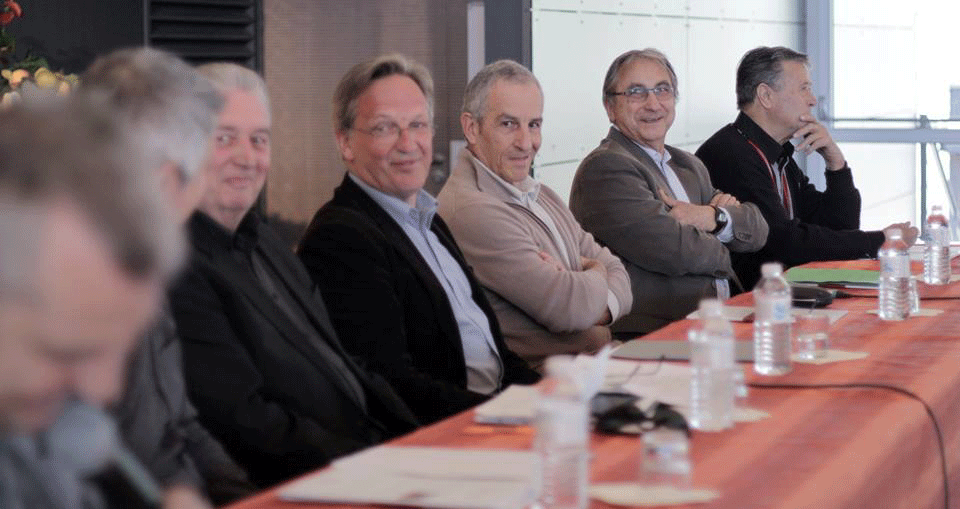 April 6th marked Dhagpo 30th annual Open House, and offered a chance to look back at our shared history with the surrounding community. Doctor Paul Azoulai, mayor of Montignac from 2002 to 2008, François Bruno, mayor of Saint Léon from 2001 to 2014, Jacques Cabanel, general councilor and mayor of Montignac from 1972 to 2001, Robert Delbary, mayor of Plazac from 1992 to 2014, and Phillippe Lagarde, president of the Community of Counties of Man’s Valley, joined Jean-Guy, our own dear president, for a chat emceed by the one-and-only Lama Puntso (who also wrote an article introducing this very same event to get you guys jazzed up beforehand). 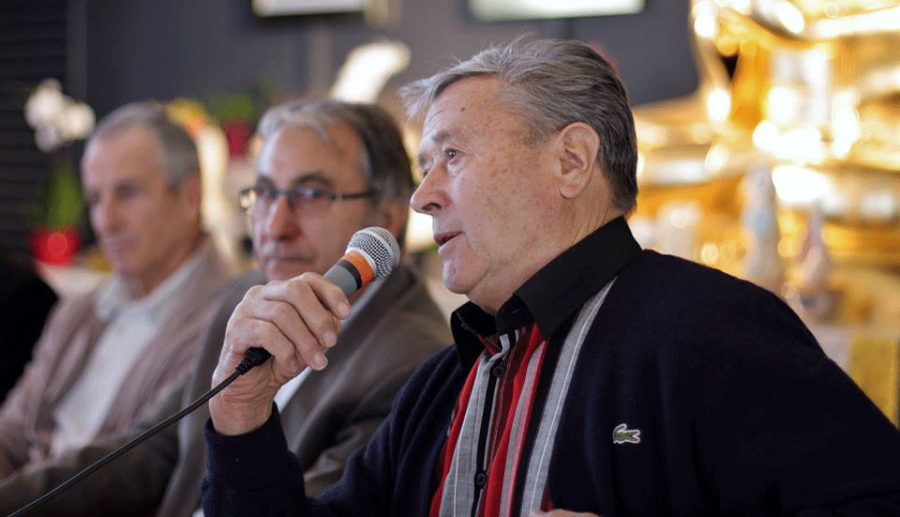 As an audience member and a relatively recent arrival to both Dhagpo and the region, I didn’t really know what to expect. How well do the old school locals really get along with the Bubus that set up shop some time ago? Do they put up with us? Do they humor us? Do they actually like us? How have things changed from when the original cluster of red robes colonized the broke-down farm to where we are now, a bustling community with a steady activity turned toward the rest of the world as well as toward our own minds and a reputation known internationally? 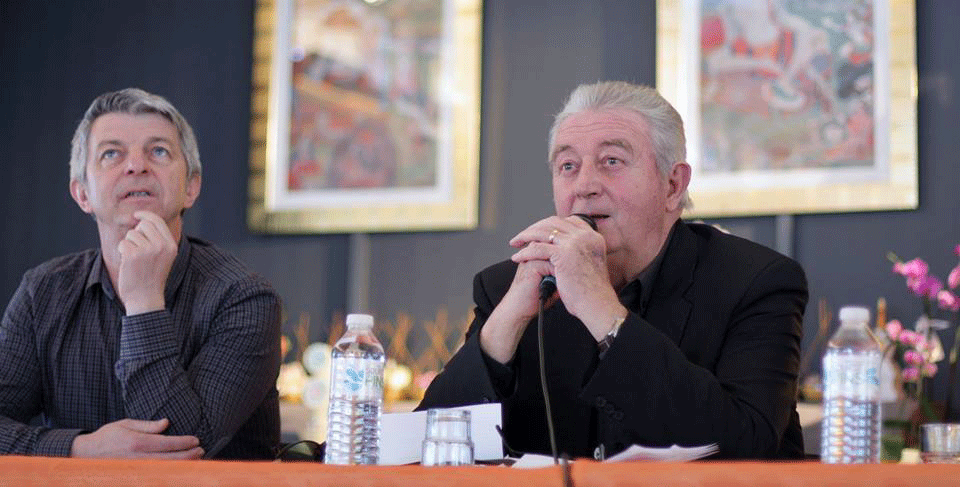 I have to say, what I took away from the hour-and-a-half discussion left me pleasantly surprised and optimistic for the future. Though our friends the mayors recounted unfortunate stories from the early days, they noted that the missteps came from both sides. From the locals: anti-lama graffiti in the streets and on the walls, “Dhagpo’s lamas are to Moustier what a potato bug is to a potato,” i.e. a parasite. Ouch. And from Dhagpo: hooligans, unchecked by the lamas or whatever administration there may have been at the time, gone down to the local bar to cause trouble. 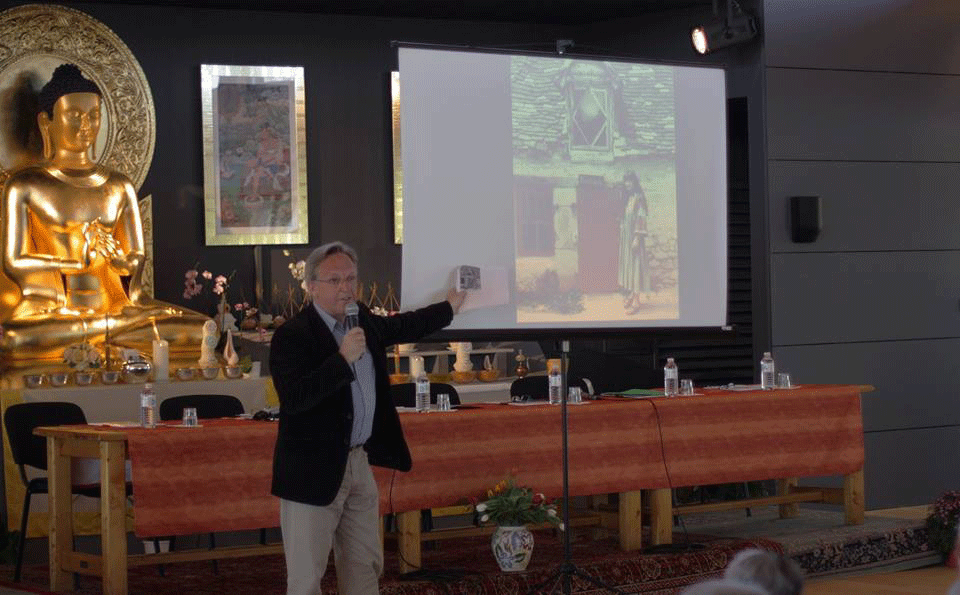 But somewhere along the line, these things changed. The community of Dhagpo took responsibility for those that we welcomed and took steps to connect with the neighbors. The original 1985 open house marked an important link between the center and the local community, which continues today. I would note 2013’s inauguration of the Institute as another benchmark; the ceremony captured the heart of what I observed as I listened to the Round Table: Shamar Rinpoche inaugurated the building side-by-side with our local officials. It seems to me that rather than seeing ourselves as two separate communities trying to approach each other, Dhagpo and our neighbors consider each other as part of the same community, working together to move forward in a way that respects the differences and diversity of our members.

Before departing, our friends the mayors shared a few words about Dhagpo’s future, among them: “Let’s make the future together…it belongs to us.”

Though we can distinguish between Buddhist or non-Buddhist, local Dordognite or transplant from afar, and other different groups, the “us” includes us all. And our connections shape the future.

To check out future events for the 40th anniversary, click here.

About the Author: Jourdie

Jourdie is a bakerpainterBuddhist blogger. A California transplant into the French countryside, she studies and volunteers at Dhagpo Kagyu Ling while maintaining a steady output of cake and written and visual musings.