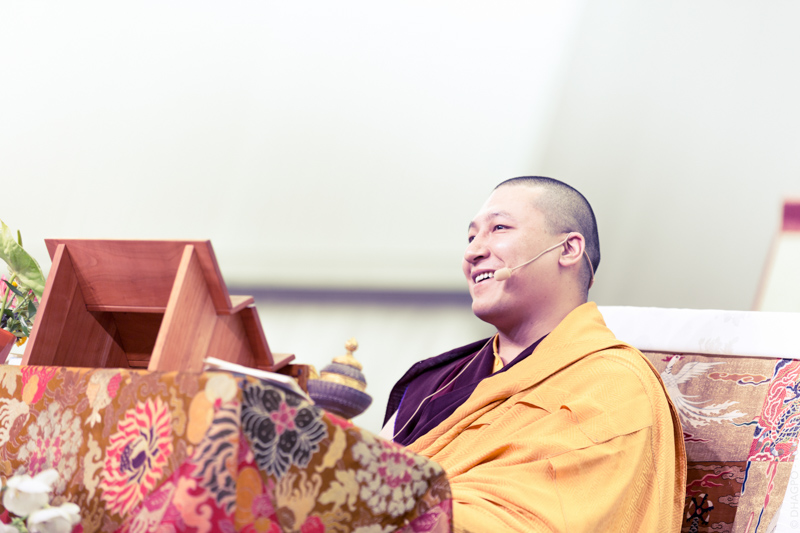 Tuesday July 28.  The second day in the presence of Thaye Dorje, His Holiness the XVIIth Gyalwa Karmapa, is dedicated to a teaching on refuge and the enlightened mind with the intention to prepare the public for receiving bodhisattva vows.  As Monday, about 1600 people are seated in the great tent, ready to receive instructions from the master.

But first of all, what is a bodhisattva?  It is someone who is engaged on the Buddhist path with the deep and sincere wish to realise enlightenment in order to assist all beings to become liberated from suffering (or rather dissatisfaction), as well as its causes, and to realize enlightened qualities.  At our level, taking bodhisattva vows is clearly more training than an actual vocation!  Never-the-less, in order to take them, it is necessary to have taken refuge, an engagement to no longer hurt others, and to have developed an authentic compassion.  Karmapa assures us; this last quality – universal, inherent, something that everyone is capable of experiencing – is nothing more than one of the causes of enlightenment.

Before realising this state, free of suffering, all the masters were ordinary people who began by generating compassion.  If we learn about their journey, the efforts that they furnished in developing the qualities present in each one, going beyond the afflictions than trouble the mind, we can develop a certain confidence, a devotion towards them. This happens naturally; their life simply becomes a source of inspiration and shows us that the path of Buddha is also accessible to us.  The respect which arises in us in turn helps us to dissipate pride and the notion of ego. 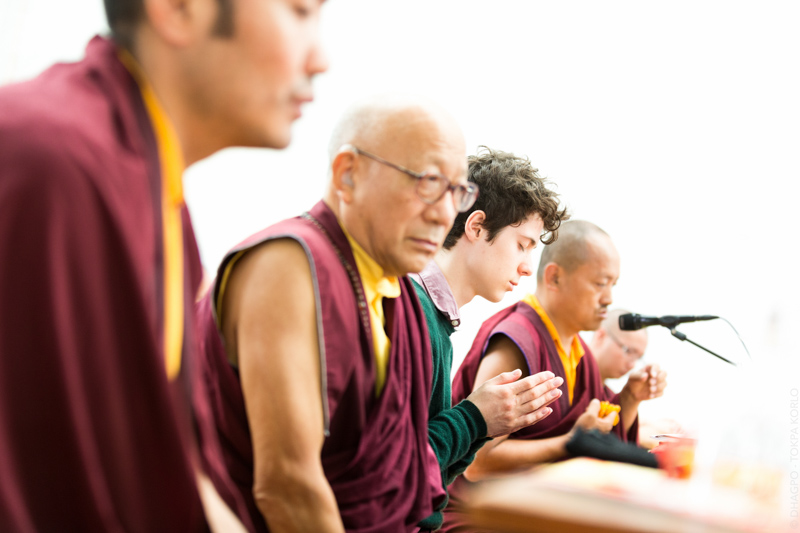 Karmapa knows that we might think that we are in front of an impossible task to accomplish or even understand, but he reminds us that the fundamentals of the Buddha’s teaching are in the end quite simple.  It is a question of real and natural qualities.  It is a question of reality, as it truly is – and not that which we perceive.  Buddhist teaching is not religious or cultural; it is deep and timeless.  If we’re not careful, we risk forgetting the true meaning of the teaching by confining ourselves to proposed methods or skilled means.  Karmapa insists on the necessity of keeping this in mind.

In speaking about the vows, the engagement that we’ve decided to follow, Karmapa declares that it refers to a lifestyle, an ethical conduct which, far from restricting ourselves to obligations, will bring freshness to the mind, an ease or well-being.  If we manage to turn-away from thoughts and activities which trouble our mind, due to their being based on aversion, attachment or ignorance, the inner agitation calms down, and at the same time that which is best in us is reinforced. Karmapa specifies that turning away from negative afflictions is more natural than we think since they are not part of us.  Contrary to what we frequently believe, they are not part of our nature.  Once the vows – refuge, bodhisattva or other – have been taken, it is necessary to observe our attitude and to see if we stray from virtuous conduct to which we are engaged. 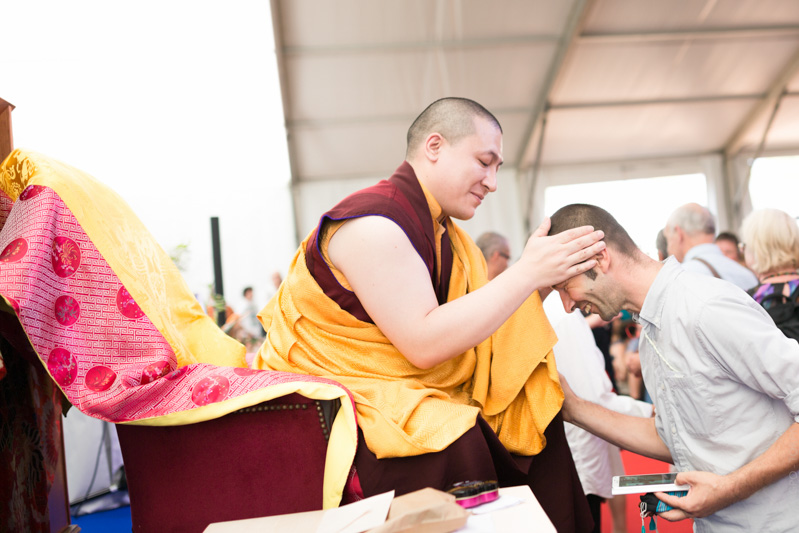 After teaching as such in the morning and the afternoon, Karmapa invites the public to take refuge again (or for the first time) and to receive the bodhisattva vows.  The ceremony, all at once simple and really quite profound, is quite short.   Everyone is concentrated on the visualisations described by the master; everyone is occupied by generating a state of mind which he is encouraged to develop.  And everyone pronounces, on Karmapa’s signal, the words lek so, “it’s excellent”, once the vows received.

Nearly 1600 people have now committed to training on the path of bodhisattvas.  The journey will be long, no doubt.  But, as Karmapa has often repeated, all the enlightened masters began their journey as ordinary beings.  This proves that enlightenment is just as accessible to ourselves. 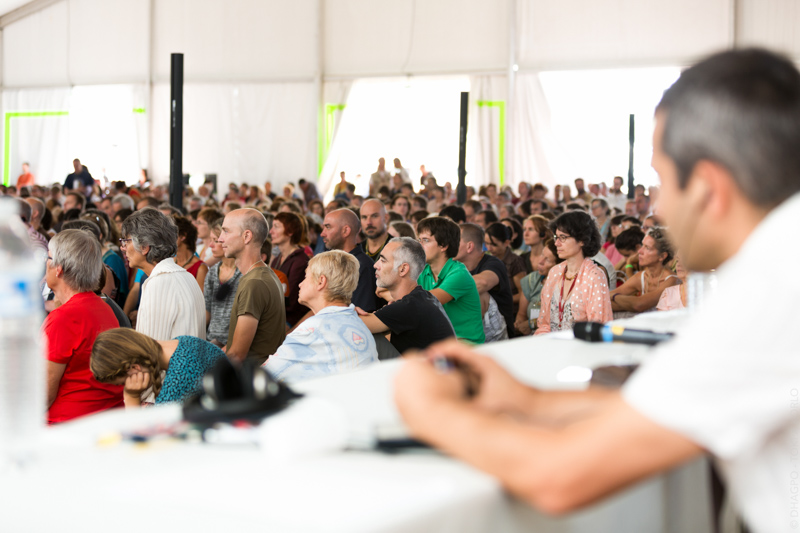 This article was written with the support of Lama Jean-Guy and Lama Puntso.