Beautifying for a Better Welcome 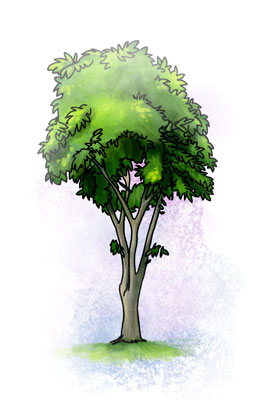 Queen Maya gave birth to the prince Siddhartha under the ashoka tree (Saraca indica) in Lumbini, on the way to her parents’ home, though certain traditions also mention the sal tree.

After having meditated a long while in a wood of rose apple trees (Syzygium malaccense), Gautama attained enlightenment under a sacred fig or peepal tree (Ficus religiosa).

Buddha Shakyamuni was resting in a wood of sal trees (Shorea robusta) near Kushinagar when he passed into parinirvana and his body was covered with their flowers. The sap of the tree is used as incense and their seeds yield a solid vegetable oil that is used to make lamps.

Each of the past Buddhas attained enlightenment under a specific species of tree. It has been predicted that Maitreya will attain enlightenment beneath a magnolia (Magnolia champaca).

Trees: A Benefit for the World 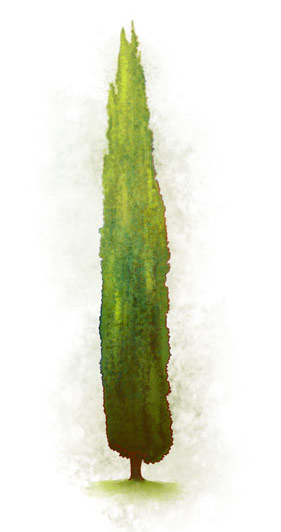 For millions of years, plants—particularly trees—have maintained the basic functioning of the various ecosystems of our planet. In this day and age, when the environmental balance is ever more threatened by human activity, their role has become even more fundamental.

Plants, and especially trees, are precious resources that support the lives of innumerable beings.

They take an active part in the water cycle, play an important role in the carbon cycle, contribute to regulating extreme temperature changes, stabilize soils with their roots, and give shelter, protection, and food to numerous animal species and thus encourage biodiversity.

In addition to these benefits, plants likewise participate in the beauty and calm of a place: they display the land scape to its best advantage and form an efficient protection against noise. In a spiritual context, their soothing aspect is all the more appreciated!

Outlining Dhagpo with a Hedge of Cypress and Roses

On the occasion of Dhagpo’s 40th anniversary and on the initiative of Jigme Rinpoche, we will be planting various trees and shrubs around the center. The Institute was completed in 2013 and its solid foundations now support Dhagpo’s sustainability. The center will continue to develop in the coming years and the time has come to work on beautifying it!

The initial project consists of a hedge of cypress trees and rose bushes along the road which borders Dhagpo’s northeast boundary (the length of the parking lot and the orchard that occasionally serves as a campground). This project will allow for an improved welcome for visitors by beautifying the center’s entrance and offering a location that much more peaceful.

The project will unfold progressively. A first hedge will be planted along the parking lot in the end of the year 2015. The hedge bordering the orchard will likely be planted in 2016. As planting in winter is preferable, the first portion of the project will take place during December’s study and meditation retreat, accompanied by Jigme Rinpoche. It is also an occasion to recite wishing prayers together.

Roses were first cultivated more than 5,000 years ago in China and Persia. Currently, roses can be found in numerous ornamental gardens; notably those of Rumtek monastery (the seat of the Karmapas in Sikkim).

Cypress trees have been abundant in the Mediterranean region dating back to Antiquity. They are often called “trees of life” for their longevity and their quality of being evergreen. They are likewise cultivated to ornament parks and gardens, as well as surrounding temples in Asia. 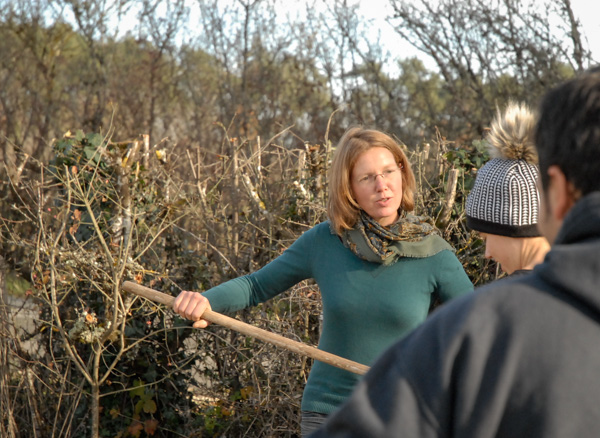 How to guarantee the best living conditions for rose bushes and cypress trees: 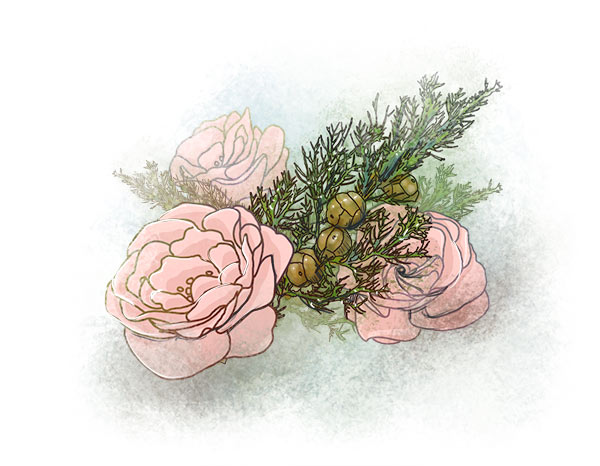 If you would like to participate, there are various ways to contribute to the project:
Take part in the tree-planting at Dhagpo from December 29 to 31.
Recite wishes from home.

You can download the text here (in Tibetan and French only)

To find out more about the project:
Contact: Samten
Email: samten@dhagpo-kagyu.org